Moving to Australia: 5 Things I Wish I Had Known 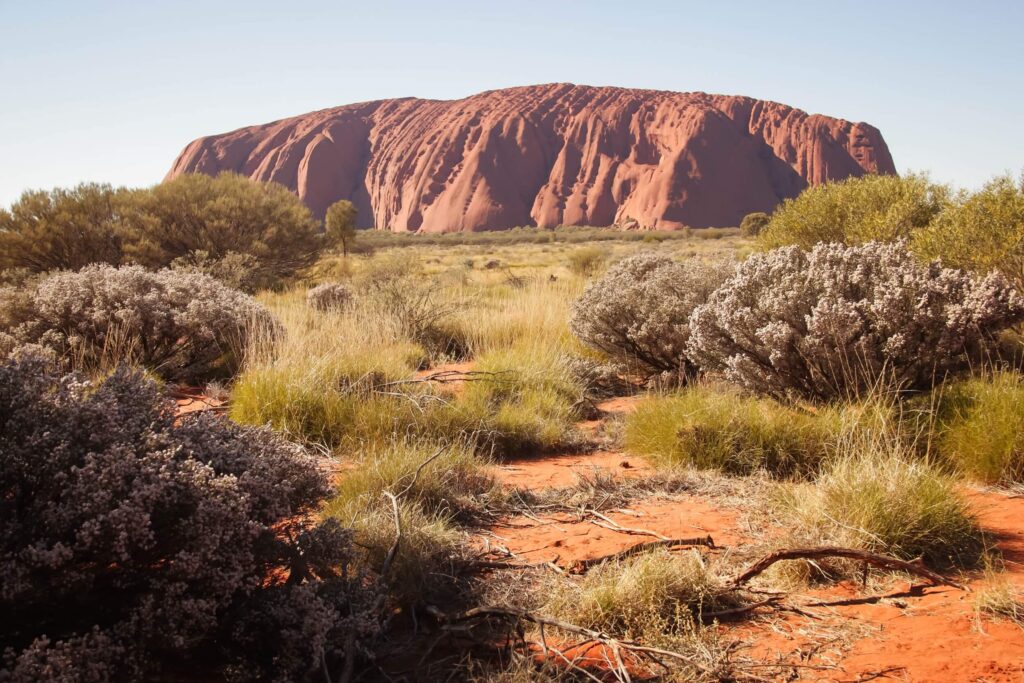 If you’ve met me, you know I lived in Australia. It pretty much comes up within the first 5 minutes of knowing me and I can’t help it. I love Australia. If it were cheaper and a closer to family, I’d still be there. I started this post 3 years ago when we were on our way back home, but never published it. I’ve decided to come back and finish it. This is a subject that is near and dear to my heart: travel. I often wonder why people who have made enough money to last them a lifetime still work. Why don’t they just travel? Life out of a van? See the world? That’s what I’d do. That’s the dream! When we were moving from the USA to Australia, we learned a lot, but there were still a few things I wish I had known before and I’m sharing those with you (finally!).

Additionally, since travel is so important to me, I’m also slightly addicted to travel quotes, so I’m not only sharing these important 5 tips, but I’m sharing a few of my favorite quotes as well. You can download them in my Etsy shop, get them printed and shipped here or shop custom cell phone cases with the quotes on Zazzle. Plus, download the map graphic on the Journey Junkies page. If you’re not a member, sign up here.

This post contains affiliate links. Affiliate links I may earn advertising/referral fees if you make a purchase through my link, without any extra cost to you. It helps keep the lights on. Thanks for your support.

Moving to Australia: 5 Things to Know

When we moved over there, we had a lot of help.  My husband’s company arranged a lot for us, but at the same time there are always things to learn as you go.  Here’s 5 things I wish someone had told us before moving.

1. Getting money from one account to another is NOT easy

This one was probably the most irritating to me.  For starters, the “global mobility”  (husband’s work), people who’s job it is to help with the move, should have known this process was a beating. Basically, unless you want to leave your bank account information with someone in the states so they can go and withdraw the money and send it to you, it’s a pain in the ass.  I don’t know about you, but no one gets to take money out of our account except us. I don’t care of you’re the Queen of freaking England, I’m not going to send you to the bank to withdraw my money. Nope, not happening.

The problem is not setting up a bank account, that was easy. However, getting money from Wells Fargo to Commonwealth was not happening.  In the end, we were lucky that my parents could send us money from their account, and we could pay them back by easily transferring within the states. However, this still takes time, and when you’re trying to rent an apartment, they don’t care that it takes time, they want the first month’s rent and the deposit before approval.

Basically, if someone said to us, “oh by the way, getting money is a pain the ass” we would have gone straight there when we arrived in the country. However, we waited a couple days before going to the bank to recuperate from the flight, since we didn’t know. Before we left we told our US bank and asked if we needed anything special, but they also didn’t find it pertinent to tell us.

2. Getting medication is easy (but NOT cheap)

This one was surprising to me. I take a lot of meds and so I did a lot of research and planning ahead of time.  I had two months of meds, letters from several doctors, a recommendation for a doctor in Australia, and made an appointment as soon as I arrived.

See, I was super prepared. Then I called the recommended doctor expecting to have to wait to get in, being a new patient and all.  I was shocked when they asked if I wanted to come in that day.  Then when I went, they basically glanced at my prescriptions from my doctor in the states and handed over the new scripts.

Now, that was great, but our (very expensive) health insurance stopped paying for them about two weeks after we got to the country.  They also decided to raise our bill and pay for less. So fun!

3. Pedestrians do NOT have the right-of-way. Ever.

I swear I was going to get run over in that country. I walked everywhere. Partly because I didn’t have a car, but also because I’m too cheap for the public transport.  Which means I would walk an hour (one way) to my classes.  I also run, so I’m on the sidewalk a lot.  Generally, Aussies are extremely kind and friendly people, but man can they be angry drivers.  I’ve been cussed at, pointed at, flipped off and everything else. I know, I know, it’s my fault, but still, I wish I had known before so I wouldn’t just go.  In Texas especially, we just walk when we feel like it, and especially if the car has a stop sign.

4. Getting a cell phone plan is much harder than it should be (I don’t know why)

Seriously, this was hilarious to me.  For starters, I didn’t actually have a cell phone plan for 3 years.  Yes, that’s right folks, 3 years with no phone. Oh the humanity! Actually, it was fantastic. I hate talking on the phone. However, I was sitting in a movie theater one day and was amazed by everyone’s phones. I actually thought “look at what all these phones can do!”. I know, it’s absurd.

Moving on, the reason I didn’t have a phone was because I am, again, cheap.  For a while I had a phone that I could use if I had wifi.  Then I managed to drop it in water, so that was the end of that.

Anyway, my husband had a cell phone but his was partly paid for through his work (remember, we’re cheap). Even though he was getting his phone through his work (a major big 4 accounting firm) he still had to “apply” as if he was asking for a loan. And get this, he got denied the first time.

In the end, he had to send his birth certificate, drivers license, passport, and social security card before they would approve him. Yes, I’m serious. The phone company approved him the second time around.

5. Australians will ALWAYS ask about US politics (and share their opinion)

This, I was forced to get used to.  We were over there for the Trump/Hillary fiasco, er, I mean, election and while I thought we’d be out of touch with it, I was wrong.  HOLY CRAP, was I ever wrong. I couldn’t go to a coffee shop without someone noticing my accent asking where I was from. I immediately say Texas and the first thing they ask is what I think of Trump.  For a while, it really blew me away.  My parents taught me it’s rude to ask about someone’s politics and in general, everyone I’ve talked to from the states agrees with me.

I had a friend come visit literally 2 weeks after the election and I had to fore-warn her.  She told one person that it’s rude to ask in the states. I loved it. Now, at this point, the coffee shop guy who asks, or the cab driver, or the movers, or the winery owner doesn’t bother me at all anymore.  However, there were employees from Adam’s firm that went to a meeting at the US office and flat-out asked the partners who they were voting for. It was appalling to me. They should have been fired, on the spot.

While Writing this, I really started thinking about things and came up with more ideas, so here’s a bit of a bonus for you.

15 more things you should know if you’re planning on going or moving to Australia:

Have you ever moved to another country? What surprised you the most?

Do You Love Travel?

Me too. Sign up below to know when I add new travel tips.