Why the Same Trip Can be the Best Trip 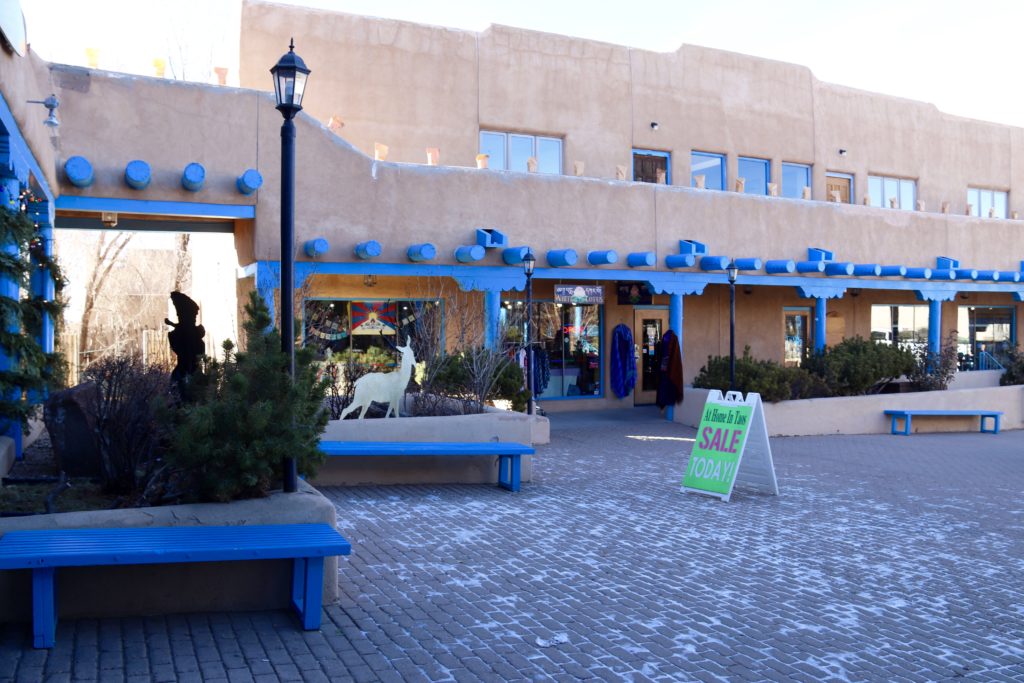 Why are you going there? You’ve already been. Hands up if anyone has said this to you.

Okay, put your hands down, I can’t really see you.

However, if you’ve ever returned to the same vacation spot over and over again, someone has probably said this to you.

Usually, for me, it’s people who just don’t understand why my family would go camping in the exact same location every year, but we did. Or why we feel the need to go to Disney World every few years. Or why when summer hits in central Texas, I hit Schlitterbahn. Over and over again.

Because sometimes the best place you can go is actually one you’ve already been. I think there’s times when we don’t go somewhere simply because we’ve already been but every time I go, I see it in a new way.

It’s also really fun to take my husband places I’ve been but he hasn’t. Or to go together somewhere we’ve both been and share what’s different.

Now, don’t get me wrong, new places are fantastic too and I fully support going somewhere new at least once a year. However, if you don’t go back to places, I recommend you do. There can be something really comforting and even new about the same old place.

So why am I telling you this? See, I wanted to share a trip my husband I did a while back to New Mexico with you, but writing the post got me thinking about going places over and over again.

New Mexico travel is something I did many times growing up, but I didn’t truly explore it until recently. My dad worked in Santa Fe a lot when I was a kid so I’d been there more times then I can count.

I was also in a wedding in Santa Fe, and explored it a bit then too.

Then, before Adam and I were married, we went to the Albuquerque Balloon Festival (which is amazing by the way and definitely a bucket list must). While there, we hit Santa Fe again, are you sensing a trend?

Santa Fe is lovely, but I really didn’t feel like I had seen New Mexico. However, what I had seen, I loved. And there’s just something comforting about going somewhere you’ve been. And exploring it in a different way.

That’s what we did with this trip and it’s still one of my favorites, several years later.

Adam grew up skiing in Angel Fire as he lived just a short 4 hour drive from the lifts.  I really didn’t ski much as a kid, but I remembered doing it once and enjoying it. Thus, we decided since we’d be spending time with the in-laws, only 4 hours from the lifts, we’d go skiing during Adam’s Christmas break.

There are 3 main places you can ski in New Mexico: Angel Fire, Taos, or Red River.  The three locations create  “The Enchanted Circle” of New Mexico.  We spent 4 days driving around this area and I didn’t even know about it before we got there.  All we had talked about doing was skiing and I didn’t do much research before we went.  This was probably the first time we went on a trip where Adam knew more about the area than I did, there was no planning on my part.

Our only plan was to go to Taos, possibly ski there, and stay in a nice B&B. Thus, I was thinking about what I’d write and I became very interested in the Enchanted Circle Area. I kept seeing it on all the brochures around Taos.  We also discovered that New Mexico had very little snow this year which was bad for skiing but great for off-roading.

Therefore, if you’re looking for a post all about hitting the lifts, this isn’t for you. However, if you want to do a bit more and see the whole area, this is for you.  Here’s how you can spend 4-5 days of skiing, off-roading, and exploring the Enchanted Circle of New Mexico.

To start you off and for those of you who don’t know, here’s a map of the Enchanted Circle. You’ll start at Eagle Nest, then go to Angel Fire, Taos, Arroyo Seco, and Red River. We did a lot of driving back and forth as it’s not that far, which you’ll see in our itinerary below as well. Red River ended up being where we spent the bulk of our time, but spent the night in Arroyo Seco, which is completely doable. You don’t have to pack up each day.

On our drive into New Mexico, we spent a few hours in the town of Taos and loved it, it has lovely shops and friendly people. I definitely recommend spending at least a few hours here.  What we didn’t do, but what I’m recommending, is that you stop by Angel Fire as well. I didn’t decide until later in the trip that I wanted to hit all the areas, so we missed this one, but it would be easy to add-on your first day if you’re going the same way as the map above.

This was my absolute favorite day.  We were a little bummed that the area didn’t have a lot of snow, but this meant that there were more accessible roads. There are two main drives we did: Greenie Peak and Cabresto Lake.  They connect as well if you don’t want to go back the same way you came. We went from Red River to Greenie Peak, to Bonito Canyon, Cabresto Lake and then back to Red River. Greenie Peak is the highest point in New Mexico that you can drive to so it is well worth it. It also had the roughest road so was the most fun. The other two are great little side trips that don’t take long. Before you go off-roading, pop into the visitor center in Red River for a detailed map of the area.

Since there was very little snow, and I’m definitely a beginner skier, we decided to ski Red River. They had the most runs open and a variety of easy runs. Red River is also a very cute little town and the ski lifts are right there in town.

I wanted to see the Taos Ski area at very minimum, so we drove over there first thing in the morning. To be honest, there’s not much going on there, especially early in he morning.  There are a couple of cute shops and the skiing is supposed to be some of the steepest in the world. Thus, if you’re a hard-core skier, this is probably where you want to go. Personally, I preferred Red River as a town. Then we went over to the Rio Grand Gorge Bridge before heading out for our drive home.  The Gorge is definitely worth going to and easy to see, don’t miss it if you’re in the area.

We spent every night in Arroyo Seco and loved it. It’s a good location to be able to get around the entire circle without having to move hotels.  This is one of the cutest little towns I’ve ever seen. It’s got a couple of restaurants and an ice cream and coffee shop that we hit daily. We stayed in the Adobe Stars Bed & Breakfast and it was fantastic.  The breakfast was great, the room was lovely, and the people were friendly. I’d definitely recommend.

Wood-fired Pizza (we wanted some good but quick): Pizanos

Authentic New Mexican: Orlando’s. Get there as soon as they open as they don’t take reservations and get busy early.  We were there 15 min after they opened for dinner and it was already crowded.

Also get great Coffee and Ice Cream (they also sell soup and sandwiches) at Taos Cow.

Do you Love Travel?