My Favorite Month for Disney & How to Love it Too Disney tips are something you are definitely going to need if you’re going or even thinking of going. I’ve been to Disney more times than I can count, I even used to work there (no, I was not a princess). I feel pretty confident that I know what I’m doing when I go.

However, things have changed things up on me a lot in the last three years and since we’ve been living in Australia, its been a while since being there. I’ve come to rely on my sister to do a lot of the planning as she’s been several times while we’ve been living abroad. Regardless, I still feel pretty confident in recommending certain times of the year to go.

November and December are my absolute favorite and today I’m sharing tips on Disney from our latest trip. As well as reasons why I love these months. 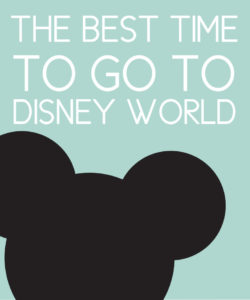 Since I worked at Disney, I can pretty much say I have been to Disney at every time of the year by this point in my life. There are pros and cons to each time frame, but, as I said before, November and December are my favorite. Even though, you can certainly find something good about every time of year.

Growing up, we went over New Years, which they say that’s the most crowded day of the year.  I still loved it because of the festivities, and I’d go again if I had kids and had to wait until they were out of school.

I know a lot of people who go in late January, early February, thinking it will be less crowded. For the most part, it is, but, during those “less crowded” months, Disney does special events for groups.  There will be cheer camps that take over the park for several days. There’s also events that will shut the park down during the evenings early and you can’t get in. All in all, though, it is less crowded.

I worked at Disney from January to May, and April was definitely more crowded than New Years.  Spring break in Florida also tends to fall over Easter.  Because of this, I think Easter is the most crowded day of the year, way more than New Years. They do have a spectacular flower festival during this time frame and it is truly amazing, but, to me, flowers aren’t worth the crowd (and I love flowers).

Before we left for Australia 3 years ago, we went at the end of May and it was hot, hot, hot. It’s also just as crowded as New Years, and there were no festivities. I will never go back during that time. It’s hard for me to even come up with anything positive about this time.  I do suppose the water rides are better to do during this time frame.

Regardless of when you go, it will be crowded, and there are pros and cons to every time of year. November and December are my favorite. We just spent 5 days at Disney in December with my whole family and I was once again reminded why I absolutely love it. Therefore, today I’m sharing Disney tips from our latest trip and 10 reasons you should go in December.

10 Reasons I Love December at Disney

1. The weather is (almost) always perfect.

I can remember one time when it was really cold and we were not prepared, but for the most part, we always have great weather.  Now, if you’re wanting snow or something, you won’t get that. Well you will, but its fake. 🙂

2. Before school lets out, it is less crowded.

If you can go before school lets out for Christmas, it’s perfection.  The earlier in December or November, the better.

3. There are special events that only happen once a year

I’ve never actually been to Mickey’s Very Merry Christmas party but I hear good things.  If you want to go, be sure you book early, as it gets full. You’ll have fewer people these so you’ll get a better view of the fireworks too. Note: these photos below are from the Happily Ever After fireworks shown during normal hours as well.

4. You get away from the hustle and bustle of the buying season

Because of the time frame we went (December 16-20), our Christmas started early.  This meant I had to have all the presents done and the cards mailed before we left. It may sound like more work, but I got to really enjoy the holiday, and beat the rush. While everyone else is scrambling at the last-minute and dealing with crowds in the mall, you’ll be dealing with crowds at rides. It’s better, trust me.

5. The characters have Christmas outfits

This isn’t really surprising as it’s Disney, but every time I’ve gone during another season, I’ve missed the festive decor.

7. You can find unique Christmas gifts

So I realize you may not want to think about buying for other people while on vacation, I don’t. However, this is your chance to get them something really awesome, and maybe brag a bit too.

What better place to meet the big guy than at Disney World.

During this time of year you can get holiday food all over the place. This year, EPCOT was even doing holiday food around the world. It’s the only place in the world where you can get festive food from Japan, Sweden, England, China, Morocco, and more without having to board a plane.

10. The castle is the most amazing

One of my best friends that I met while working at Disney had never seen the castle all lit up for the longest time. I couldn’t believe this. It’s so amazing, and the best thing they do all year to the castle. It’s truly stunning and looks even better in person. This is one of my biggest Disney tips as it’s really incredible to see.

Sign up below and you’ll be the first to know when a new travel post is live.